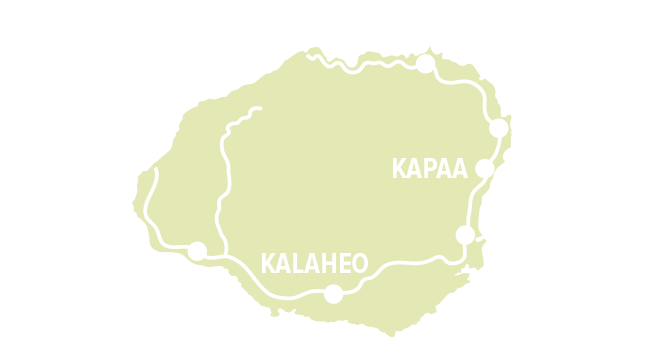 Geologically the oldest of the main Islands, Kauai was built up some six million years ago through volcanic activity. It is a very mountainous island, with the highest peak being Kawaikini, which is 5,243 feet high. The second highest peak is Mount Wai’ale’ale, which is near the center of the island and is 5,148 feet above sea level. The top of Mount Wai’ale’ale is one of the wettest spots on earth, with an average rainfall of 460 inches on its east side. Often, when looking at the mountain, you will see it covered in clouds and because of this there is an old Hawaiian belief that this is where the ancestors go after they have died. Because of this huge amount of rainfall, many of the cliffs have eroded to form great valleys in the central mountains of the island and feature many, many magnificent waterfalls.

On the western side of the island, you will find the town of Waimea at the mouth of the Waimea River. Over long periods of time, the Waimea River has formed the Waimea Canyon, which is often called “The Grand Canyon of the Pacific." Be sure to check out Waimea Canyon State Park where you can stand on lookouts and see spectacular views and deep access to the geological history of the island which is written into its walls. Another amazing attraction on Kauai is the Na Pali Coast with its spectacular cliffs that fall down into the sea and waterfalls that tumble hundreds and hundreds of feet into the ocean. The Na Pali Coast is so wild that even today no road has been built through the area. But there is a wonderful hiking trail back to the hidden beaches that are inaccessible by car. Or if you are adventurous, you can even try kayaking past the beaches. 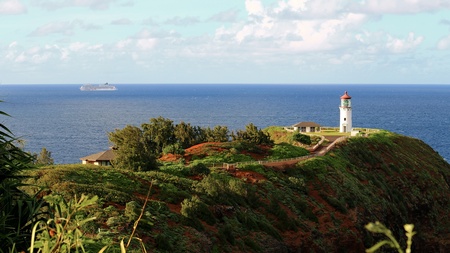 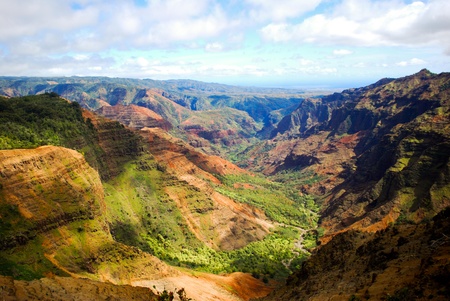 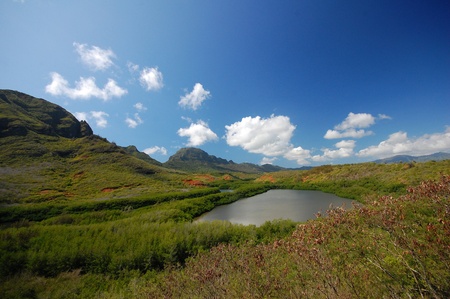 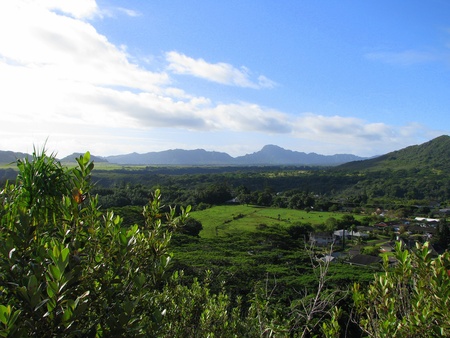 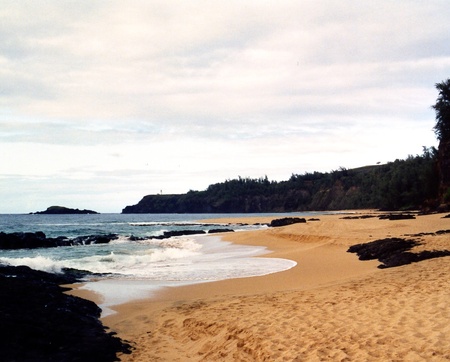 Explore over 14 places,
by your interests:

Things to do in Kauai

More things to do

<p>This 3-hour walking tour covers every corner of Princeville Botanical Gardens and includes an half of hour gourmet chocolate tasting from around the world during which you'll learn about the cacao tree and how chocolate is processed. <br />Your friendly guide will share stories of the gardens' development and a wealth of fascinating information about the plants. Taste seasonal fruit samples and homemade honey and keep your energy up as you explore our valleys. <br />This is a chocolate and garden experience unlike any other on Kauai.</p>

<p>Sail the legendary Na Pali Coast aboard Leila, a 50-foot Kauai-made sailing catamaran and witness the beauty of 4000-foot cliffs, cascading waterfalls, sea caves, secluded beaches, dolphins, turtles, and breathtaking scenery; all of which make Na Pali known as the jewel of Hawaii and the 8th wonder of the world.</p> <p>Feel the wind in your sails as the crew entertains your imagination with Hawaiian legends and history. Nobody sails more and it’s not uncommon to reach speeds of 20 knots or more (weather permitting).</p> <p>This Kauai sunset tour is perfect for sightseeing and sailing the coast with a chance to see Kauai marine life. Enjoy a delicious selection of locally made dinner items, island juices, soft drinks, beer, wine, Mai Tais, Margaritas, and Champagne at sunset.</p>

For a special evening out, head to Kauai’s Kilohana Plantation for an exclusive Champagne reception and dinner followed by a traditional Hawaiian luau. You’ll enjoy a four-course meal of island specialties and then watch an entertaining live performance of Polynesian dancers and flame twirlers from your premier seats. Be mesmerized by the beautiful story of the first Tahitian voyagers to the Hawaiian Islands, giving you a unique look into local culture and history.

Lose yourself and find your adventure while snorkeling the warm, turquoise waters off the "Forbidden Island" of Niihau. Departing from Port Allen on Kauai's southern shore, this full-day adventure offers sweeping views of the rugged Na Pali Coast, and then crosses the channel to neighboring Niihau to swim in waters just off the coast of this small, privately-owned island. Buffet lunch and Mai Tais included on the sail back toward Kauai.

Take in breathtaking views as you cruise along Na Pali coast on a spacious 65? catamaran. The afternoon lighting is unforgettable as it streams into the valleys along Na Pali Coast and don’t miss out on our “Titanic” photo opportunity. A delicious luau-style buffet dinner complete with beer, wine and Mai Tais is served as we sail back toward Port Allen. Your tour finishes with the beauty of the Kauai sun sinking into the ocean along with a champagne toast at sunset. Snorkeling is not offered on this tour.

Begin your day aboard a spacious custom-built 65? catamaran. As you head to the breathtaking Na Pali coast the crew keeps you entertained with local stories about the sights and provides information about the variety of marine life you will see. Enjoy a delicious continental breakfast on the way to your snorkel and scuba destination. Once the captain reaches your snorkeling spot, it’s time for fun in the water!

<p>Load up your cameras, take a selfie and marvel at the beauty this island has to offer. This half day tour is a great way to capture Kauai’s beauty in a small group  limited to 11 passengers. We will visit historical sites and the beautiful Wailea Canyon.</p>

Kauai is a place that sets the imagination soaring. Her extraordinary beauty and charm have been immortalized in dozens of Hollywood films and television shows and yet, there’s nothing like seeing the real thing. The Hawaii Movie Tours® on Kauai is a unique opportunity to experience the island through the filmmaker’s lens on an incredible guided tour of Kauai’s famous movie locations. The fun-filled &amp; expertly narrated tour is aboard an air-conditioned minibus that will stop at Kauai’s iconic movie locations while also viewing film clips of some of Hollywood’s most notable movies filmed on the island.

Synonymous with Hawaiian culture and a historic symbol of Hawaii is the Lei. This is a garland of flowers that is usually draped over your shoulders, hanging down both in front and in back. The custom comes from ancient Polynesians who visited the islands and passed down their tradition of wearing leis to the Hawaiian people. This tradition evolved into the Native Hawaiians wearing them to signify their ranks and royalty. They are also worn as an honor to their gods.

As tourism reached Hawaii, the custom of the lei became a staple of Hawaii popular culture and is used as a symbol of affection - typically when a person is arriving or leaving. The locals use leis for all sorts of occasions including: birthdays, graduations, weddings, etc. During a graduation, high school or college graduates can be seen wearing so many lei that it covers their face! Visitors can order a traditional flower lei right at the airport for an old school Hawaiian greeting. It's always a nice way to transport yourself to the tropical island mindset. 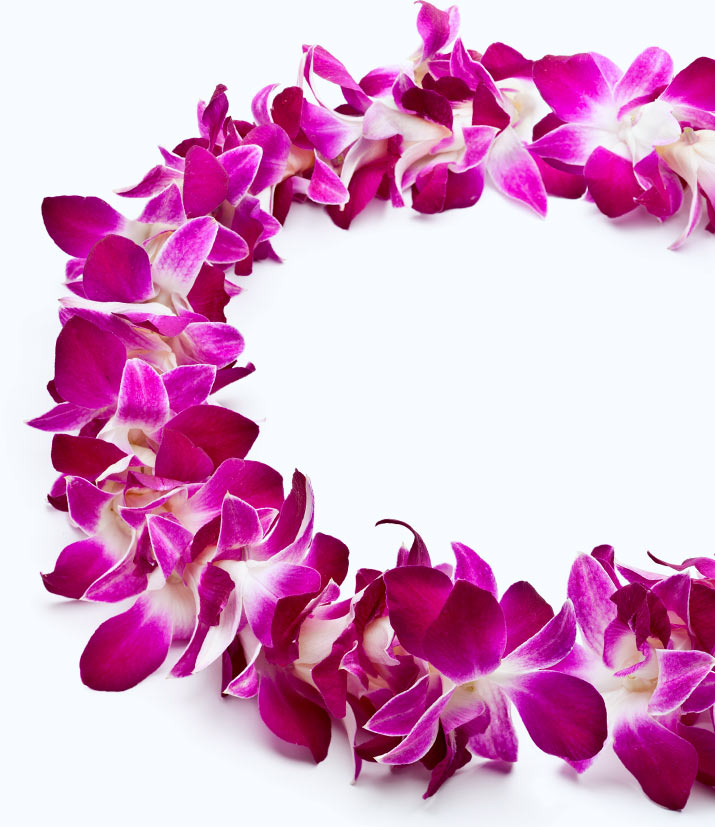 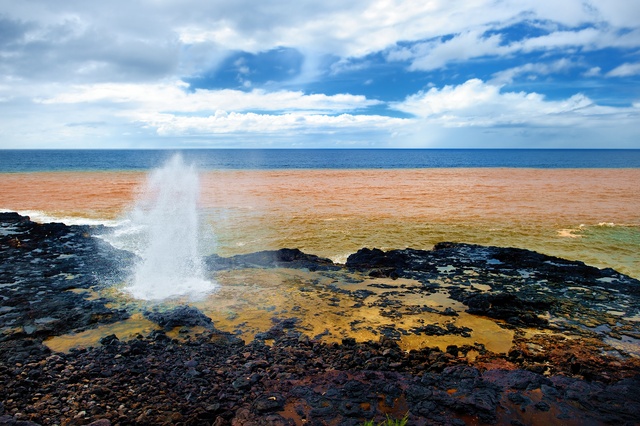 The Spouting Horn on Kauai 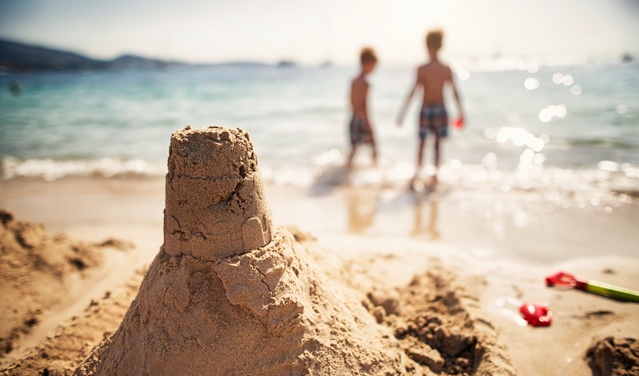 Best Beaches for Kids in Kauai