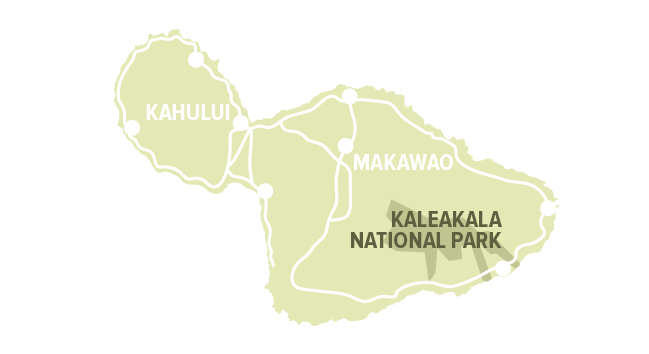 Formed by two volcanoes that were close enough together that their lava flows overlapped, forming an isthmus between them, Maui is the second-largest of the Hawaiian Islands. The older, western volcano has eroded quite a bit and now forms the West Maui Mountains – an area that is covered with almost impenetrable wilderness. They are filled with deep valleys, inaccessible gorges and soggy marshes. Usually the mountains are covered with mists in the valleys and clouds on the mountaintops. The larger and younger volcano, Haleakala, is to the east and stands more than 10,000 ft. about sea level.

Around the Island, there are extraordinary coral reefs abound with sea turtles, dolphins, and Hawai’i's celebrated tropical fish. A perfect place to snorkel. Maui is also considered a top spot for whale-watching in the Hawaiian Islands because the humpback whales winter in the Au’au Channel just off the northwestern coast. They migrate to the island in the winter and leave again by the end of April. Lastly, when visiting Maui, You have to take the Hana Highway, often called the “Road to Hana” that runs along the east coast of the Island with many hairpin turns through the mountains and past black sand beaches and spectacular waterfalls. 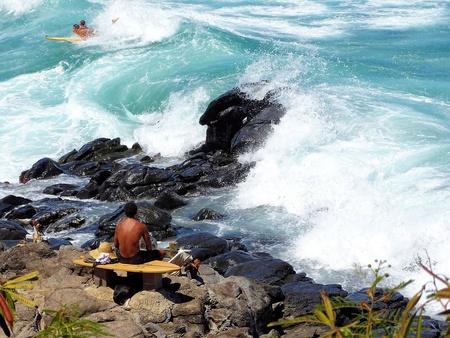 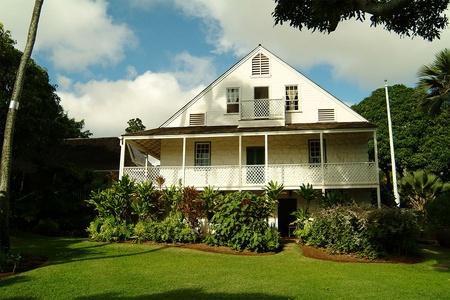 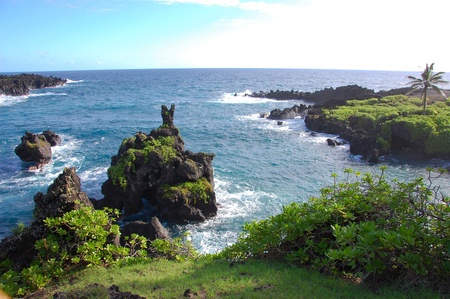 Explore over 12 places,
by your interests:

Things to do in Maui

More things to do

Enjoy this 2-hour guided adventure in a high-speed catamaran to watch the whales in their natural habitat. Depending on the whales’ behavior during your whale watching trip, you may see the whales slapping the surface with pectoral fins (their very long side fins), flukes (the tail), the peduncle (the strong muscles attaching the tail to the rest of the body) and the breach, this is when the whale rises completely out of the water and crashes down again. Juices and sodas are available on board.

Enjoy a cocktail while watching the sunset and whales breaching from the ocean.  Maui whale watching is most thrilling aboard the Malolo!  This high speed catamaran leaves from Maalaea Harbor and can bring you to the whales quickly. All kinds of drinks are available for purchase, and there are restrooms on board. The humpback whales return to Hawaii for a few months each year to mate and give birth.

Live the real Maui experience on the Road to Hana with our expert guides! Immerse yourself in the beauty of the spectacular Hana Rainforest. Witness the entire journey without the hassle of driving! Experience one of the oldest roadways in the Hawaiian Islands and step back through time to witness what REAL Hawaii is all about! With awe inspiring waterfalls, to the black sand beaches, to the untouched Hawaiian Landscapes of Kaupo, take a tour you deserve! This tour takes you around the entire island, through forbidden roadways to give you the full experience as you will not see the same scenery twice!

Upcountry Distillery, Winery and gourmet dinner at Kula Lodge. On this tour you will visit three businesses that offer unique Maui made crafted alcoholic beverages. With the popularity of crafted alcoholic beverages on the rise, pineapples and sugar cane are being used on Maui to produce vodka, rum, and whiskey. On this tour you will be able to taste those unique vodka and rum. At the end of the tour you and your companion will be treated to a Sunset Gourmet Dinner at the Kula Lodge.

Discover the natural beauty hidden just off Hawaii’s famed Hana Highway on a waterfalls and rainforest hike in east Maui. The 5- to 6-hour excursion takes you deep into one of Hawaii’s most popular valleys, where several waterfalls tumble within a short distance of one another. On this relaxed hike, take a dip into the pools located beneath the falls, clamor up columnar basalt rock formations to jump safely into the water and enjoy a healthy lunch. Optional round-trip transport from your Maui hotel included.

Want to make your trip to Hawaii extra special? Arrange a traditional fresh flower lei greeting at you arrival at Kahului Airport on Maui and start your trip Hawaiian style.

Arrange your shared one way airport transfer in advance and skip the hassle of booking a service in Kahului. This convenient form of transport takes you from Kahului Airport to your hotel in Maui in air-conditioned  shuttles. Upgrade to the lei greeting  option and receive a traditional fresh Hawaiian lei upon arrival at the Kahului Airport.

Hana is considered one of Hawaii's last unspoiled frontiers, and when your cruise ship docks in Maui, you won’t want to miss a shore excursion to see this beautiful area. On the scenic drive through Maui's eastern coastline, you'll see flourishing rainforests, flowing waterfalls, plunging pools and dramatic scenery. The serene natural landscape coupled with lively narration of Hana will transport you to another world.

Exploring the markets and restaurants around Kailua, you’ll find many dishes inspired by local ingredients - we particularly enjoy Poke. Influenced by Japanese and other Asian cuisines, Poke originated from local fishermen that would season their cut-offs from the catch of the day and serve it as a snack. Traditionally, Poke is raw tuna or octopus mixed with various seasonings like: soy sauce, green onions, and sesame oil. It can also be enjoyed around the Hawaiian islands with other seafood like salmon or shellfish. 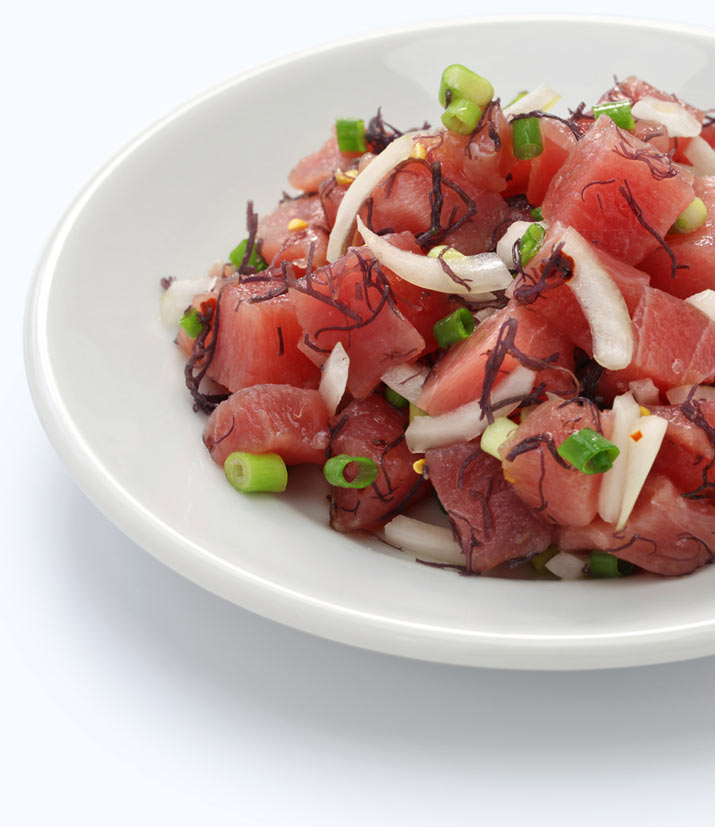 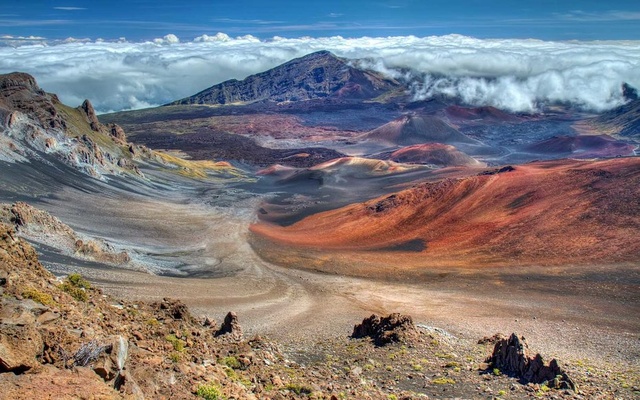 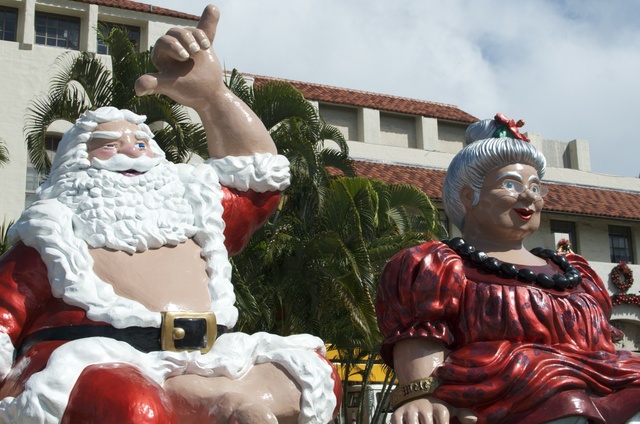 Hawaii In The Winter 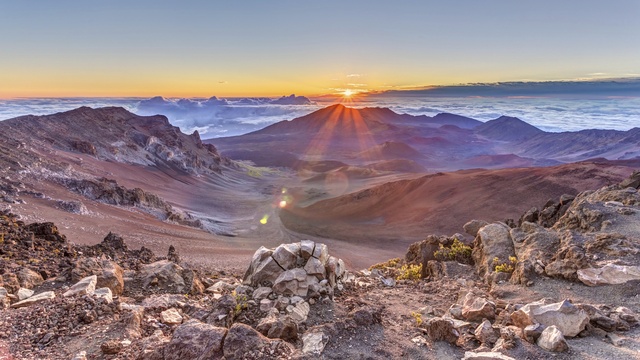 Things To Do In Maui